One of the most unique competitions of its kind
What is this competition about ?
​
Building on 3 years of successful competitions, True Global Ventures is excited to announce its 4th ever Global competition which will begin in at the earliest in the middle of December 2018!

The last competition was held in Singapore at SGINNOVATE. We saw more than 200 blockchain applicants being assessed by over 100 highly qualified investor judges across 5 exciting verticals. We were also proud to have awarded 5 outstanding startups with a prize reward of USD5000-15000 each. More importantly, this competition provided the best opportunities to expose these startups to some of the biggest, strongest and most renowned blockchain investors & VCs, Fund Managers and Blockchain experts in the space.

True Global Ventures plans to replicate the same success in this current competition. All participants can choose to participate physically or via a zoom conference.
Why should you apply?
Signup criteria
Sign up once we kick off!
Founded by Dušan Stojanović who was awarded Business Angel of the Year in Europe in 2013  after having three successful exits within a week and nominated as one of the top four angels in 2009 by the European Business Angel Network (EBAN). The True Global Ventures team includes entrepreneur-turned-angel investors from mainly Silicon Valley, New York, Stockholm, Paris, Berlin, London, Beijing, Singapore and Hong Kong. With every partner having deep startup operating experience and successful exits as entrepreneurs, as well as the investment expertise that comes from having completed prior to True Global Ventures a combined total of over 1000 angel investments, True Global Ventures gives new meaning to the term 'smart money'.
​
As of 2018, a Decentralised Blockchain Fund (Investing in equity only) has successfully expanded True Global Ventures reach from 9 to more than 30 cities globally. We now have founding and affiliate partners in these cities:
North America - San Francisco, Los Angeles, New York, Mexico City
Europe - Luxembourg, Ljubljana, Paris, London, Stockholm, Moscow, Zug- Zurich, Tel-Aviv
Asia - Singapore, Hong Kong, Shanghai, Beijing, Seoul, Mumbai, Kuala Lumpur 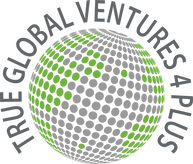 Co-organizers : To be announced