Following the success of its True Global Ventures 4 Plus base fund, with 2 Unicorns and 2 companies that went public, the fund invested into Web3 leaders like Animoca Brands, The Sandbox, Forge, Chromaway, Coinhouse, GCEX, Chronicled and others. TGV continues its success with a Follow On Fund that is doubling down on the base fund winners. 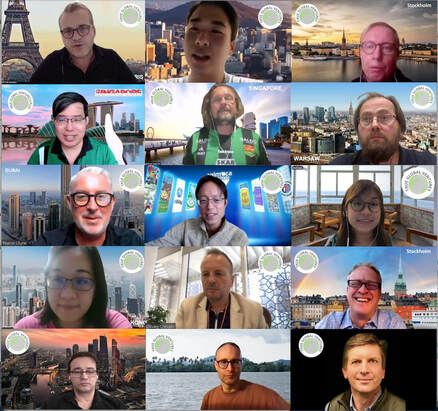 True Global Ventures 4 Plus (TGV4 Plus) Fund today announces its first closure of its US$146m Follow On Fund.
The TGV4 Plus Follow On Fund has a group of 15 General Partners (GP), who lead the fund and its Investment Committee, putting in more than US$62m of their money into the fund. This is a total GP commitment of over 40% of the total fund size and over US$4m per GP on average. The first capital call of the fund has been fully paid in.

It has invested in some of the leading Web3 companies such as Animoca Brands, The Sandbox, Forge, Chromaway, Coinhouse, GCEX, Chronicled and others.

“The base fund has been a fantastic success, but we are still only in the starting blocks of Web3. We believe that our early winners will grow even stronger and with the Follow On Fund, we give our partners an opportunity to invest more into these companies” says Fredrik Adolfsson, General Partner.

“After some years of growth, our best portfolio companies are looking to expand even further. We want to help and assist them with the Follow On Fund, as we are ready on the starting blocks, when many growth funds focus on regaining investors' trust during this period”, says Konrad Wawruch, General Partner.

The new Follow On Fund will focus on investing a majority of its capital into selected TGV 4 Plus base fund companies. It might also invest in other late stage Web3 deals opportunistically.

General Partner Dušan Stojanović adds, “We raised the money in record time in 4 months and we believe this is the best time to invest during market corrections. I would say that it is much easier to see more clearly who the winners are now. This has created a high level of confidence amongst our investors who have seen a large GP Commit and the first call being executed very quickly”.

Start-ups can reach out via LinkedIn or through the Fund’s Contact page:
https://www.tgv4plus.com/contact.html
### ​
About True Global Ventures
True Global Ventures (TGV) is a global Venture Capital firm built by a group of serial entrepreneurs with a solid track record of investing their own money together with Limited Partners into ventures run by serial entrepreneurs. Portfolio companies leverage web3 technologies, incorporating blockchain as competitive advantages to drive change with proven products. TGV is a distributed fund with a presence in 20 cities, including Singapore, Hong Kong, Taipei, Dubai, Abu Dhabi, Moscow, Stockholm, Paris, Luxemburg, Madrid, Warsaw, New York, San Francisco, and Vancouver. The TGV 4 Plus Follow On Fund focuses on investing a majority of its capital into selected TGV 4 Plus base fund companies. It might also invest in other late stage Web3 deals opportunistically.